After a well-deserved summer break and a pretty dull summer transfer season, the major football leagues across Europe have returned to the turf. The teams all over Europe have had their first chances to show off their acquisitions. It’s now the best time to make the first long-term predictions about which teams have the best chance to win their respective leagues, so your bets at 12Bet and beyond can be as informed as possible. 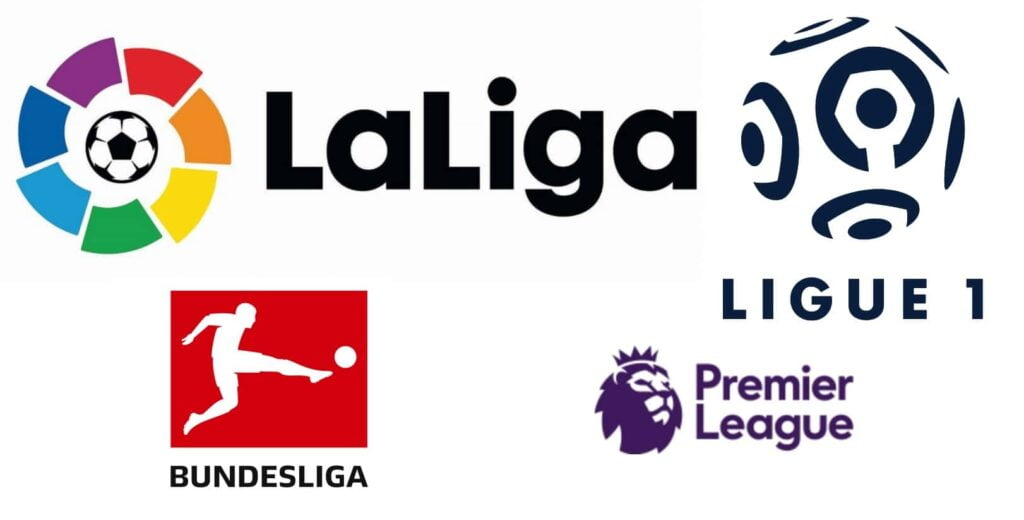 Spanish teams have seen quite a few major changes in player rosters over the summer, with a major influence on their chances of winning the tournament this season.

Barcelona lost its biggest football star, Lionel Messi, whose contract expired at the end of June. Without him, the cracks are already starting to show: Barca is ninth in the La Liga standings at the time this article is written.

Defending champions Atlético Madrid in turn didn’t lose any of its key players. Instead, it made a quality signing: Copa America MVP Rodrigo De Paul. This makes Atlético one of the favourites for winning La Liga once again.

Unless, of course, arch-rivals Real Madrid continues to perform this well for the rest of the season. While Real did lose two important players, this didn’t stop them from climbing right to the top.

Last season, Lille finished one point ahead of the Paris-based football powerhouse Paris Saint Germain – but this year, PSG got a boost with the signings of Lionel Messi and Sergio Ramos. This, along with the already existing team, makes them the absolute favourites to win the current season. So far, PSG has won all of its matches, already leading detached, but there is still a lot left of the season for things to change.

Before the beginning of the season, Juventus was seen as the favourite to win this Serie A season. After three matches (two of them lost, and one draw) and just one point, the team is in the bottom 5 of the league. The top 3 teams after three matches are Roma, Milan, and Napoli.

Milan kept its roster mostly intact, while Juve lost both its coach and one of its best players. Roma and Napoli have both seen changes in their management that give them a fighting chance to finish at least in the top 5 this season.

Four matches into the new season, Wolfsburg has taken the lead, followed closely by Bayern (that failed to win one of its matches). While it didn’t perform as well as some have predicted, Bayern is still seen as the favourite to win the title – it would be its tenth in a row. Its ranks are strengthened by Julian Nagelsmann in the position of head coach. Nagelsmann led RB Leipzig to the UEFA Champions League semifinals in the 2019-2020 season and is considered one of the best young managers in the world.

Manchester City has added two great players to its roster: left-winger Jack Grealish and right-winger Kayky. Still, it will have to work hard to overcome the other strong contenders for this year’s title: Chelsea, with former Inter Milan centre-forward Romelu Lukaku, Manchester United with the added power of football star Cristiano Ronaldo, and Liverpool, apparently back to their best form, and three victories under their belt. All things considered, there will be tough competition for the title this year – which means more quality football to look forward to.