If you have heard of arbitrage betting before but you aren’t sure what it actually is, we are here to help. This guide will take you through what it means to partake in arbitrage betting and how to proceed with it. This way, you stand the chance of learning how it operates and how you can profit from it. 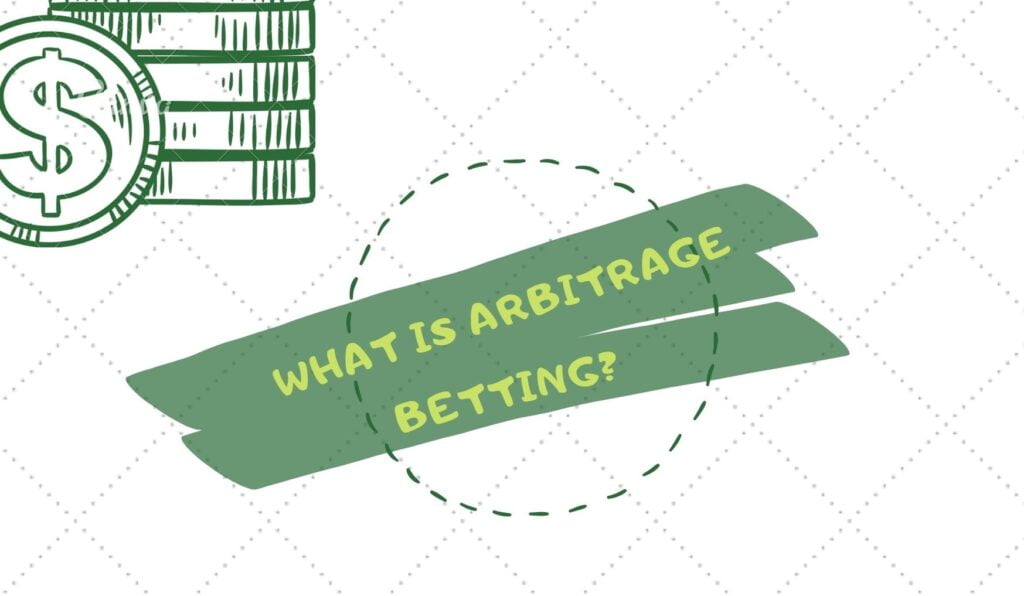 One point to make before getting into this guide, is that it is necessary to understand what arbitrage means. In economics and finance, it relates to the practice of taking advantage of a price difference between two or more markets. By striking a combination of matching deals, the price imbalance can be capitalized upon and profit made from the difference between the prices. Translating this across to sports betting basically relates to the difference in prices between different markets on different sportsbooks.

Involving yourself in arbitrage betting requires you to notice when conditions allow for you to place a bet on both outcomes of an event with different betting companies offering different prices. Bettors can then make a profit regardless of the end outcome of the sporting event in question. These bets can also go by the name of surebets or miraclebets, because they pretty much guarantee you a profit.

Should you become an expert in arbitrage betting, you can consider yourself an “arber”.

Arb betting becomes possible when a discrepancy between odds is noticed, and you can cover all outcomes to make the necessary profit. The most frequent occurrence of this is a binary bet, meaning that just two outcomes can be wagered on. So, for example, in a tennis match, there will always only be one winner and one loser of that game.

Arbing opportunities will usually arise when bookmakers disagree on the odds for it, or when a mistake is made during the market pricing. And due to the fact that arbing is quite far removed from traditional sports betting, most arbers will actually confess that they have little interest in the sport that they are actually wagering on.

You may have also heard of the term matched betting before. This is essentially a form of arbitrage betting. It cancels out or minimises the potential losses from a wager by placing opposing bets on two separate outcomes. Profit can then be made from the bonuses provided by sportsbooks, usually when they offer free bets.

Matched bettors usually back their bet at an online betting exchange. Betfair is a great location for engaging in this, and it usually takes place after their lay bet is placed a traditional bookmaker site. So, how does this all work? Well, let’s take a look at an example for arbitrage betting.

It is not uncommon for bookmakers to factor in an edge when pricing a sports betting market. This means that the total odds of all outcomes equate to more than 100%, which is where their profit comes from. When it comes to arbitrage betting, the combined odds from different firms producing a negative margin is necessary to locate. So, when it is less than 100%, the edge is clearly in favour of the bettor instead.

For this example, let’s use a random tennis match as an example. Let’s say that Andy Murray is going to face Rafael Nadal at Wimbledon. The odds for the event at the Betfair site provide 1.300 on Murray and 3.930 on Nadal resulting in a market percentage of 102.4%. Meanwhile, at Ladbrokes, the same event is priced at 1.420 in favour of Murray and 2.900 in favour of Nadal for a 104.9% figure.

Arbitrage betting is not something that has been outlawed, so it remains a perfectly legal practice. Of course, bookmakers don’t like their players to get the better of them, and so it is of no surprise that they do not welcome regular arbers to their sites. Why? Because in the end, the sportsbooks are losing out on money – and that’s not something they want to do.

Of course, a bookmaker cannot outrightly identify someone who is arbing. It’s a difficult process to track an arber. However, if you are consistently winning at a sportsbook, you will be closely monitored for your activity. If betting patterns then lead the bookie to suspect that you are participating in arbitrage betting, your account could be restricted, suspended or even closed instantly. This happens even though most sportsbooks would claim that they never restrict or close betting accounts.

Can I Make a Lot of Money Arbing?

Some people may believe that arbitrage betting is not something that can be effectively utilised to make a huge amount of profit. The truth is that numerous arbing opportunities come along every single day. And yes, the typical return on these bets is considerably lower than if you were to successfully place a winning bet 10 times in a row. And this does make it a strategy that should not be relied upon for making huge profits quickly.

However, if you have patience and time, then arbitrage betting can actually lead to some nice gains in the long run. Winning money from a bookmaker is also a tax-free route to take, so if you can build up £5 or £10 per arb bet on a daily basis, who knows where it could lead? Of course, this all depends upon how much you’re wagering, and the odds involved.

As long as you keep a track of how much you are spending and gamble responsibly in relation to this, then arbitrage betting can help you to generate a decent bit of profit in the end.